Today we would like to talk about news from SwiftLint and also look at different static analyzers frameworks like:

Concentrating on some basics, best practices, tips and just personal feelings about each one. 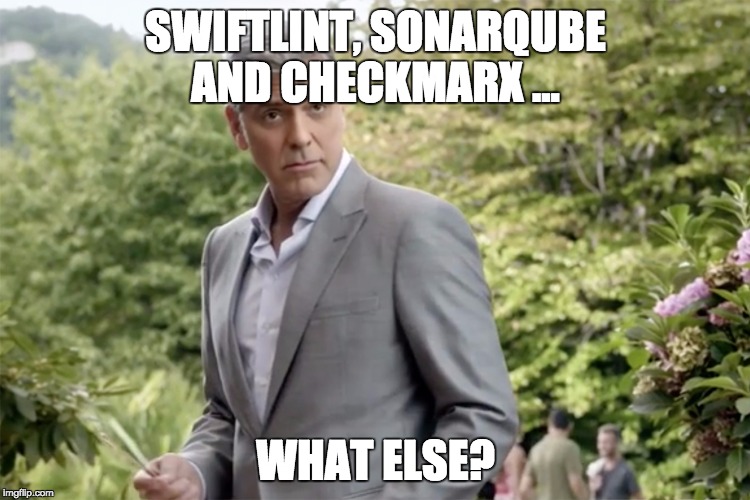 A tool to enforce Swift style and conventions, loosely based on GitHub’s Swift Style Guide.

New version has a few new rules, options and fixes. For example:

In result we can get a report like the one below:

It can be very useful for continuous integration system like Bamboo where you can have online dashboard of SwiftLint results:

After almost one year of using it, personally I think it’s a very great tool! Below are main thougts about my experience:

In this way you can configure it very easily.

SonarQube is an open source platform for continuous inspection of code quality. Supports more han 20 languages: Java, C/C++, Objective-C, C#, PHP, Flex, Groovy, JavaScript, Python, PL/SQL, COBOL, Swift, etc. Unfortunately plugins for some of the languages are commercial, as is the plugin for Swift. Additionally it has available more than 50 plugins.

Sonar at this moment has 92 rules for Swift, which are divided into three groups:

They can be marked in aspect of severity as: Blocker, Critical, Major, Minor, Info:

What we can also see is:

Wikipedia: “Technical debt is a concept in programming that reflects the extra development work that arises when code that is easy to implement in the short run is used instead of applying the best overall solution. Technical debt is commonly associated with extreme programming, especially in the context of refactoring”

In Sonar technical debt is calculated based on algorithm below:

If you would like to test SonarQube by yourself before buying it, you can visit this demo website

Checkmarx scanner interprets Swift to Objective-C in the backend before scanning the code. As a result, Checkmarx scans Swift code for over 60 quality and security issues, including twelve of the most severe and most common issues that cannot be left unfixed.

On Checkmarx website you can find a lot of interesting articles dedicated to mobile application, for example:

Checkmarx offers a Web dashboard on which you can find summary for all vulnerabilities found in your projects: 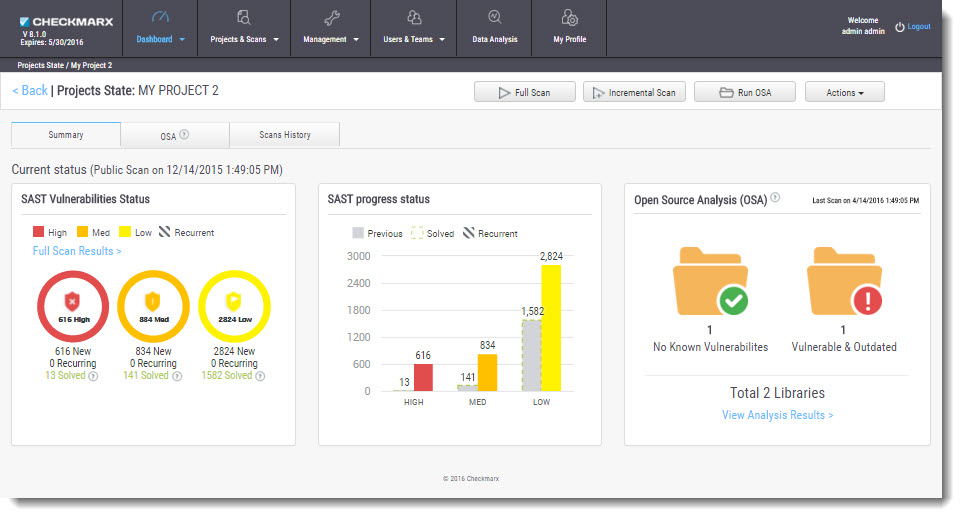 Checkmarx misses rules typical for Swift. I think that it is because Swift is a new and rapidly changing language. For sure there are still a lot of possibilities for defining new rules like they did for the others languages.

At this moment there are not many different libraries for linting Swift. I have only found this one:

I hope that in the future we will see much more alternatives.

In my opinion static code analyzers can make your codebase more consistent, and for sure can really help during your daily coding and speed up the process. Of course we should remember about golden mean in using such libraries. It would be good not to turn our job into a nightmare by using very strict rules:)!