Last week, in issue #13, we introduced a definition of Code Review. Today we’ll get deeper into the topic, present some tips & swifts & tricks when performing a review and focus on some mistakes found when reviewing a 🐦Swift code.

It is said that a review goes best when conducted on less than 400 lines of code at a time. You should do a proper and slow review, however, don’t spend on it more than 90 minutes 🕑 - you definitely will get tired after that time. It’s tiring to write and understand your own code and it’s even more tiring to understand someone’s. Other tips from the Internet are:

After some years of experience in software development you know what common programming mistakes are. You also do realise what solutions to common problems are most efficient. It’s a good practice to write it down and to check code being reviewed against a checklist ✅ - it leads improved results. Checklists are especially important for reviewers because, if the author forgets a task, the reviewer is likely to miss it too.

In the git flow mentioned in issue #13, code can get merged after receiving agreed number of approvals for a pull request. The number should depend on your team size, but it’s good to get at least 1️⃣ !😀

When you recommend fixes to the code, suggest their importance 💬. Maybe some of them could be postponed and extracted as separate tasks. Before approving a pull request, verify that defects are fixed 🔧🔨.

Foster in your company a Good Code Review Culture in which finding defects is viewed positively 😀. The point of software code review is to eliminate as many defects as possible, regardless of who “caused” the error. Few things feel better than getting praise from a peer. Reward developers for growth and effort. Offer as many positive comments as possible. I always try to put a line saying that a solution is good and clever (if it really is 😉).

… there are much better things on which to spend your time, than arguing ☔️ over the placement of white spaces.

Looking for bugs and performance issues is the primary goal and is where the majority of your time should be spent.

So, what to review?

Much better things to look for should be a part of your checklist. When I scrutinise a piece of code I look especially:

When performing a review, one can also get extra points 💎 for pointing out a more efficient implementation of used algorithm 😉.

You should also check for readability. Is the code easy to understand? Do you have to pause frequently during the review to decipher it?

Boom! Time for some loosely coupled Swift code examples that I look for when reviewing Swift code❗️Wait a moment, this exclamation mark looks strangely familiar … ❗️Look out for code that uses it …

Make sure that your peers (and you as well) use the force unwrapping operator wisely in their code.

If you have ever ended up with code like the one below, then probably something went wrong … 💣💥

This is an excerpt from from one of my projects, object types and names are changed . It’s an initialiser of a ‘container’ view model that encapsulates ‘child’ view models used by a container view controller. If you happen to achieve this and there’s no way to change it, probably usage of a configurator facade, default argument values or convenience initialisers are the best solution to live up with your legacy.

The off-by-one errors and interchanged greater than & less than were my favourite mistakes at some point of time. I’ve caught myself a few times last year with using if i > array.count instead of if i < array.count ☔️.

More than a year ago, when Swift was still in its early days, I hated when my team members overused var. It’s ok when needed, but not all the time! Thanks god that now Swift compiler warns about not mutated var.

Another matter is your object’s properties. If it depends on some values, never ever use var. Use let. Always value more immutable state over var! I wonder how many people would argue with me about that☔️😉. And if your property really have to be mutable, expose it ‘to the public’ as immutable like that:

Swift’s protocols are a great deal - do you prefer composition over inheritance? Is such an inheritance chain ok for you? One superclass would be probably ok, but this becomes an exaggeration:

Kofi Annan, Ghanaian ex-Secretary-General of the United Nations, when in primary school, was attending a weekly lesson in ‘spoken English’. He and his peers were asked by the teacher what did they see at the picture: 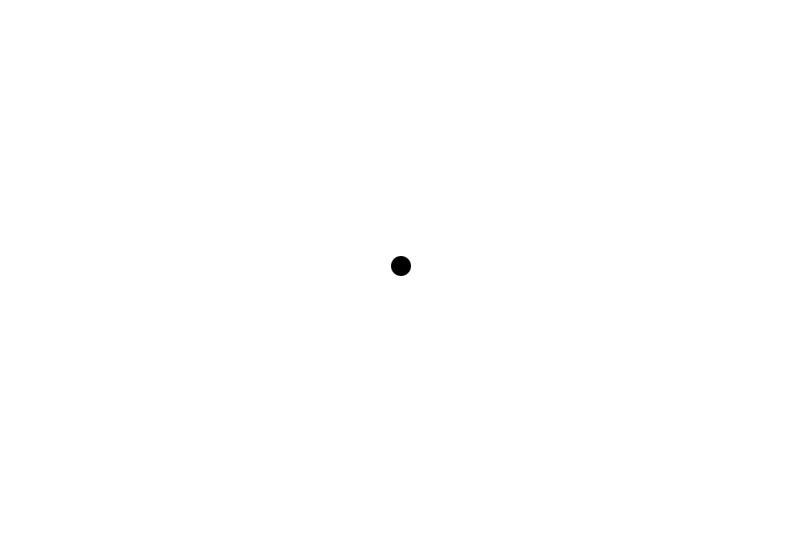 All shouted together, that they saw a black dot! Professor stepped back and said ‘So, not a single one saw the white sheet of paper. (…). This is the awful thing about human nature. People never see the goodness of things, and the broader picture. (…)’.

It’s also true for code review. We perceive better differences than loads of new code when using a merge tool. We get a cognitive overload if flooded with more content. Have that in mind and use the first rule - review for less than 90 minutes 🕑, take breaks. Remember that:

And always - Review your own code first! Before committing a code look through all changes you have made! 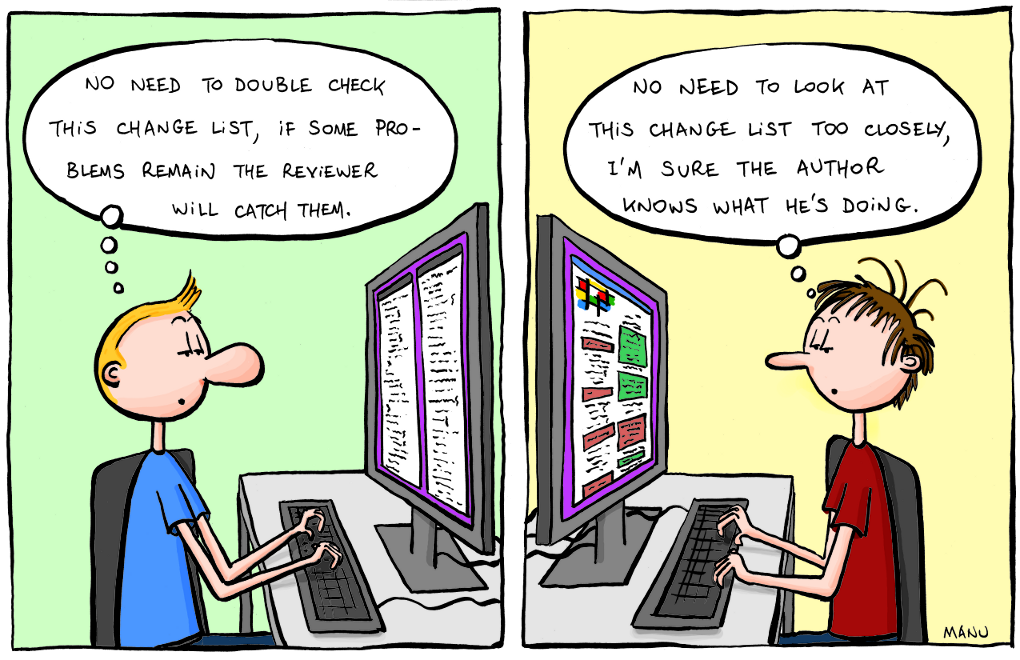 Let us know in comments or on Twitter what is on your checklists for code review!

The only true measure of code quality 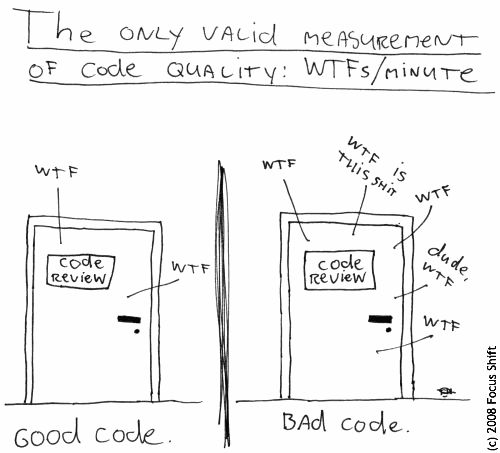