There is always a half

When I was at the 3rd year of my BEng studies I had a chance to visit Turin, Italy, and to take part in Erasmus student’s exchange programme. At Politechnico di Torino I attended “Operating Systems” course on which the lecturer used to ask participants wether they had ever done some programming in C or not, had used selected linux commands and etc. Then he would count all the hands in the air to check how many of us had had a knowledge about the certain topic. No matter how many hands were up he always wittingly said a half.

Recently I did the same on iOS Developers Meetup in Poznań, Poland. And of course, the result was that a half of attendants had done the activity I asked about 😉. I wonder to which group you belong. So now I’m asking you:

Are you a person who has never written a unit test in Xcode?

If not, maybe you are a person who would answer positively to this question:

Have you 🙊ever written a unit test in Xcode?

Regardless of your answer, this post is for you 💡! It will cover basic topics in BDD🔮, explain my Swift toolset🔧🔨 for unit testing and summarise benefits🍓 of performing unit tests in your project.

When I started my professional career I didn’t know what unit tests are. But after a few years I can easily point out three groups of programmers.

There is a small group of unit test lovers who say that unit testing is cool ❤️ and they couldn’t live without testing all the things. Really, a really small group!

There is also the majority that says that real men 👨🏻 test on PRODUCTION. Kinda risky but good luck for them 🍀!

And there are many, especially in iOS world, that don’t know how the 🙊 they can start doing it? I was one of them two years ago. Thanks to interesting people I have met now I know …

If you have ever tried out searching on Wikipedia what a unit test is you would be surprised what its standard bla, bla, bla says.

It didn’t illuminate me a bit. So based on my experience I have created my own definition: 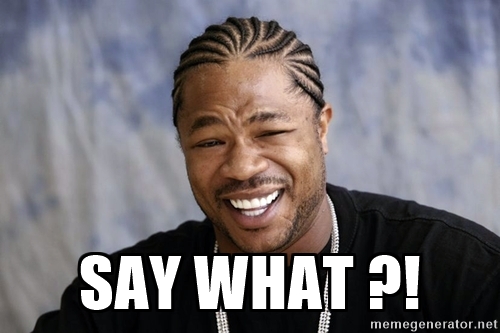 There are a few equations that can define an app. Let’s look at them.

First of all we should know that the app is a set of behaviours. By behaviour one can understand certain actions that take place, e.g. when user taps a button in our app it shows another view controller, etc.

Application consists of components. If not, you’re probably doing it wrong 😉!

Those components interact with each other in order to fulfil a certain behaviour.

Our code that tests source code can test that particular interaction between components took place. This is called behavioural unit testing.

Of course we can also test function’s output when sticking to BDD. BDD!? Wait. What’s BDD?

Don’t you dare writing code before writing a test for it!

Namely, you have to write testing code to assert what component code should do and then implement the component itself. TDD flow distinguishes three steps: RED, GREEN, REFACTOR. 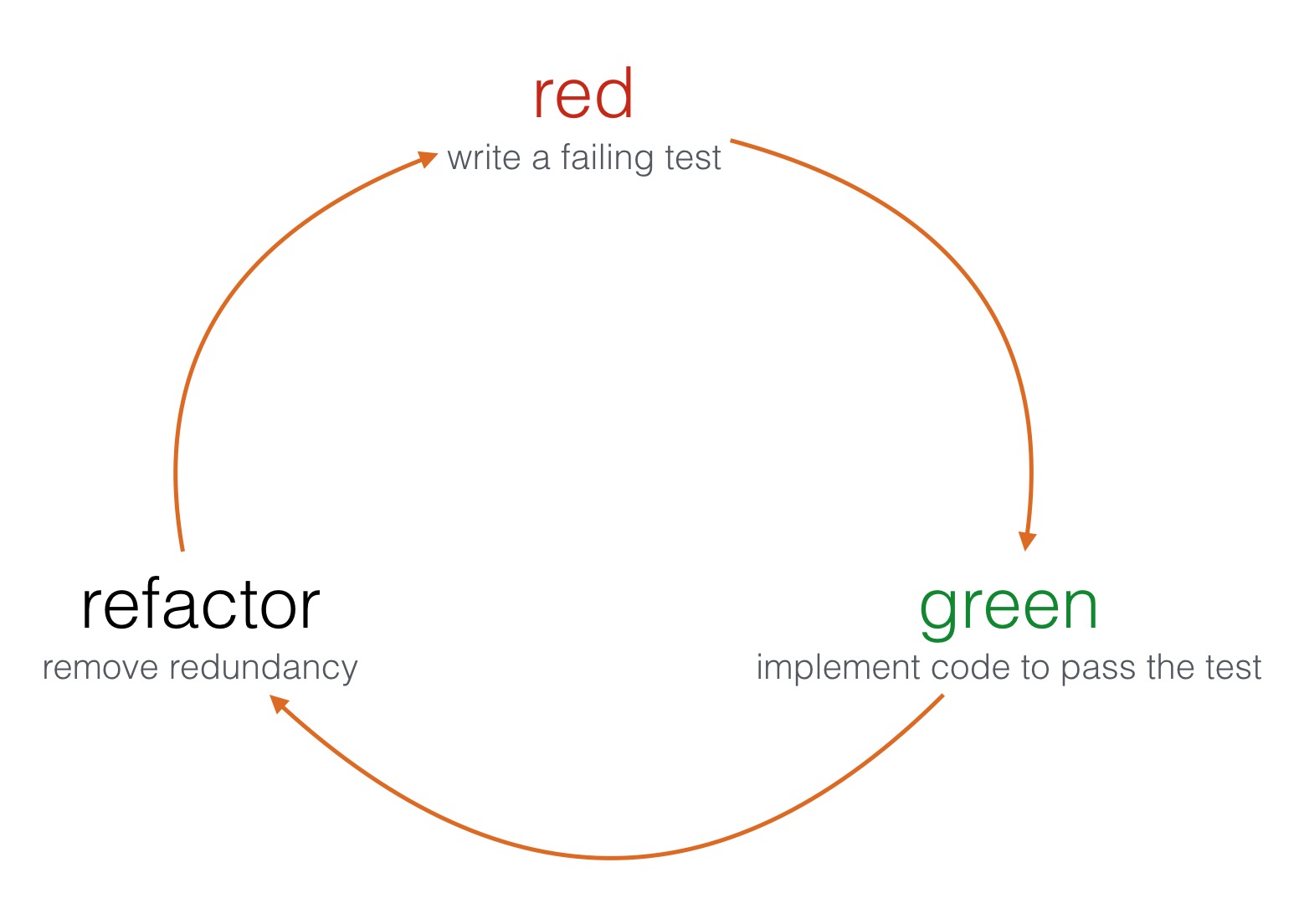 What’s different in BDD? Behaviour-driven development tells that tests of any unit of software should be specified in terms of the desired behaviour of the unit. Basically, a behaviour is what a component does when a certain action (i.e. method call) takes place. When you call a function it probably communicates and interacts with other components. When writing a unit test we can just test if an interaction took place (as mentioned earlier).

Imagine we have to write a component which deals with CoreBluetooth API. Let’s call it BluetoothModule. It’s main responsibility is to start and stop advertising Bluetooth Services. It will support only that, hence our iPhone would become a Bluetooth Low Energy Peripheral (information for curious readers)

Ok, so let’s write down our expected Behaviours 😄😭.

I kinda looks like a specification 📋 of our source code. There is a nice BDD framework to write testing code with a 🔮DSL. It’s called Quick and we can create specs with it! :). An excerpt from a spec would looks like this:

Normally a spec contains assertions 🔔 (testing code). Quick has a counterpart, called Nimble - it has a set of matchers handy in writing expectations. More on that in a moment, but before let’s have a look on how to write a QuickSpeck:

All tests should be contained in spec() method overriden in QuickSpec subclass. Inside the method we use Quick DSL to describe component’s specification and assert its behaviours.

Ok, but now a question should have already crossed your mind - how to write asserting (testing) code?

Every test consists of three phases:

Let’s assume our component to be tested has this simple interface:

Quick gives us a few functions we can use to arrange a “scene”:

When we have all objects set up the Act phase approaches. It’s the phase in which we invoke certain methods on the tested object:

Again, Quick gives us a few functions we can use to perform actions on the arranged object:

The last, but not least, is Assert phase. In this part we write actual testing code (code that tests source code):

Quick comes in handy with it function - takes a String with a description of desired outcome of a test and closure with a test of an expected behaviour. Nimble gives as a way to write some expectations. But what and how to expect?

What and how to 🙊 expect?

Of course you can Expect the unexpected. Sometimes test outcome will surprise you remarkably. In the next issue I will write about one of surprises I had with my testing code.

In our code that tests source code we use expect() method from Nimble 💥 framework, which also provides a number of matchers to fulfil the expectation. Matchers are used in it blocks to assert the expectation ✅. Let’s have a look at some example expectations:

As you can easily see, the expect() function takes as an argument an expression to be evaluated by using a matcher provided in to*() function. We can expect e.g. a property on our tested object to equal some value, to be a certain kind of class, or to eventually be Optional(.None) 😉.

The to() and toNot() functions are rather straight forward - they test the actual value of expectation with the matcher. The toEventually() function is used for asynchronous tests. It continuously checks the assertion at each pollInterval until the timeout is reached.

When the above approach is suitable for structs, for classes we could be lazier and compare arguments’ ObjectIdetifier() instead of comparing different properties:

If you happen to be a super lazy person, this approach is for you. Just allow your class to inherit from NSObject, or probably any Cocoa/CocoaTouch class, because all of them are NSObject subclasses, and you get equality comparison for free🎁!

It’s important to implement Equatable or use the approach for super lazy people, if we do not, we won’t be able to compare objects for equality with Nimble and will get a confusing message from compiler 😢.

I wish we had mockingjays 🐦

In unit testing we want to have full control over dependencies injected to tested object. To have it we inject test doubles as dependencies. We distinguish a few types of test doubles:

W🙊W. Out of the box mocks are not possible in Swift

In Objective-C we were able to easily mock objects thanks to its dynamism and access to run time. But Swift is currently read-only 📖. There is no way to change class types & objects at run time 😢. So …

Communicate with objects through protocols:

If you don’t you will end up with inheritance and partial mocks, which is not recommended. Bad things can happen when you inject real CBPeripheralManager instances or partial mocks made by subclassing it.

So we have an interface defined by protocol. Why not to implement it in our Mock?

Of course we can leave some methods or properties with an empty implementation. Implement just those you need. E.g. to check if a method was called add a method call counter and assert it’s value in a test:

Unit testing is still not common in iOS development. If someone asks TDD/BDD gurus about how much time they spend on writing tests when developing an app, they answer a half⌛️. That’s a lot, isn’t it? But it pays off in the end by having:

If you don’t know how to start, on June 18th Mobile Academy organises Swift TDD training in Poznań. Let’s meet there :)!

The time to start writing unit tests❤️ is now! 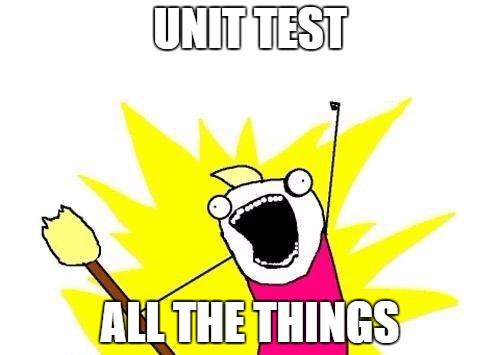